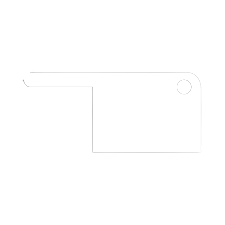 No self-proclaimed beef lover would’ve made their way through the London dining scene without eating once (or twice) at Flat Iron. Believing that a really good steak dinner shouldn’t only be reserved for special occasions, the founder Charlie Carroll was on a mission to make a good cut of meat accessible by looking beyond the prime slices – fillet, sirloin, rib-eye – and opting for secondary cuts. He settled on the shoulder of the animal, i.e the flat iron (also known as an oyster blade).

""Superb steaks that are cheap as chips""

Carroll’s love for cooking started when he was a child and during university, he took up some unpaid shifts at The Fat Duck and Restaurant Gordon Ramsay. After a brief stint as a strategy consultant, he went on to work at Wahaca as an operations advisor to help the chain expand. Then at 26, he decided to start his own business. After 9 months of beef research and improving his butchery skills, he unveiled a pop-up above a pub in Shoreditch and just a couple of weeks later, foodies were willing to wait 90 minutes to get a taste of his affordable steak dinner. He went on to open his first space on Soho’s Beak Street and now there are eight restaurants including Covent Garden, King’s Cross and Shoreditch that range from 60 to around 180 covers.

In comparison to other steakhouses, Flat Iron keeps its operation simple by serving primarily one cut of meat – the flat iron – with a side salad. Other cuts and a burger are available as specials and there are a few sides to choose from including spring greens and chips. Simple menu done well.